Baton Rouge resident Karen Paterson is originally from Iowa and went to graduate school at the University of Michigan. While in school, she would meet her future husband, Neil.

The couple would move to Baton Rouge as Neil would take a teaching position. According to Karen, they were outdoor people that loved to explore nature. However, Karen would learn something that would have a lasting impact on their family. 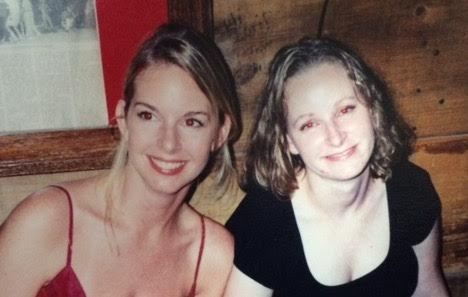 The couple would later learn that Neil was at risk for Huntington’s disease (HD), fatal genetic disorder that causes the progressive breakdown of nerve cells in the brain. It deteriorates a person’s physical and mental abilities during their prime working years and has no cure.

According to Karen, his early symptoms that she noticed included his behavior and slur words as he was a clever person. They would see a neurologist as Neil was diagnosed with HD before being tested.

The decision to get genetically tested is difficult to make. Each year, 5-10% are tested. It is never the right or wrong decision to be tested. There are people that see no benefit in knowing that they will develop the disease while others want to know in order to make informed choices about their future. It can take up to several weeks to receive your results from the genetic testing center.

At the time, there were not as many resources for the family. Karen would basically become a single parent as Neil started to decline. In 2002, Neil passed away.

However, the HD battle was not over. Every child of a parent with HD has a 50/50 chance of inheriting the faulty gene.

Both of Karen’s daughters graduated college. In the same year her father passed away, Anne was looking for a full-time job. However, she started to show physical symptoms of HD. Anne would go to a neurologist and was told, “research the disease yourself" because of how busy the office was.

Anne later tested positive for HD. Her progressing symptoms led her to come back home in Baton Rouge. Karen was the main person working as Anne’s symptoms were worsening. She was placed in a nursing home.

"I took care of Anne at home, at first alone, and later with help as long as we could, with some adventuresand mishaps, but eventually we could not manage at home," Karen explains. "Gradually, the medicines to control symptoms have improved since then. Remember it is the disease and not the person. Mothers may understand better.”

At Karen’s local church, they would form a group called “Paterson Posse” to support the family in any way that they can. Many friends would visit Anne to keep Anne and her roommate entertained. In 2011, Anne passed away. 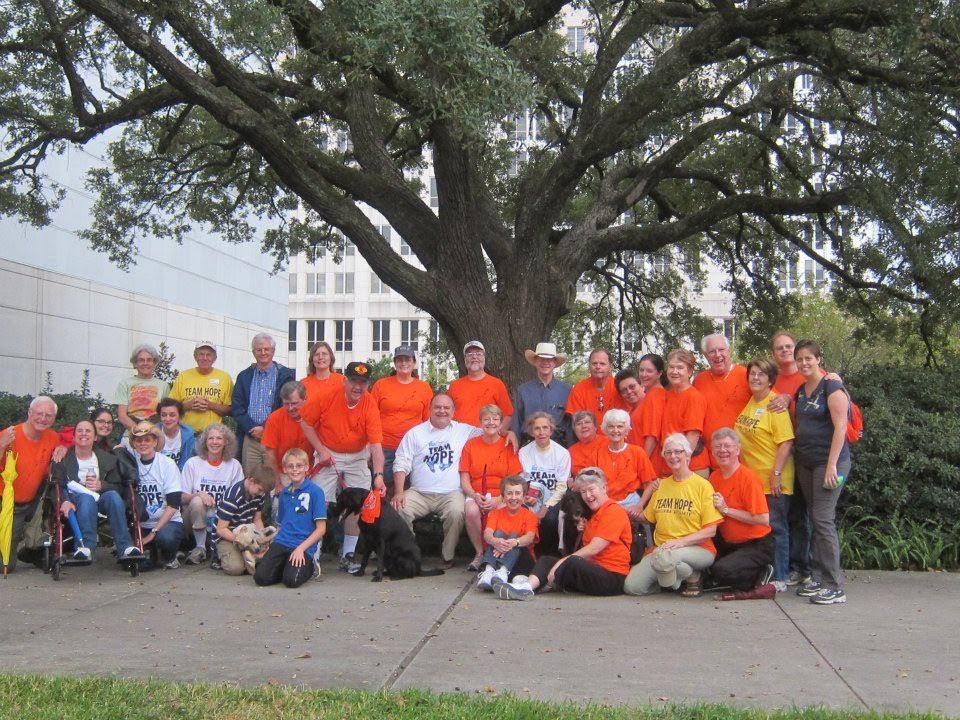 Catherine was a Vet technician. She traveled to the University of Alabama, Birmingham (UAB) and soon learned she tested positive for HD. This is one of the HDSA Centers of Excellence that provide an elite team approach to Huntington’s disease care and research. Patients benefit from expert neurologists, psychiatrists, social workers, therapists, counselors and other professionals who have extensive experience working with families affected by HD and who work collaboratively to help families plan the best HD care program throughout the course of the disease.

She would continue working. By the time Anne died, Catherine’s symptoms started to progress as well. According to Karen, she would describe Catherine as smart but stubborn, liked doing things her way, and was an animal lover. 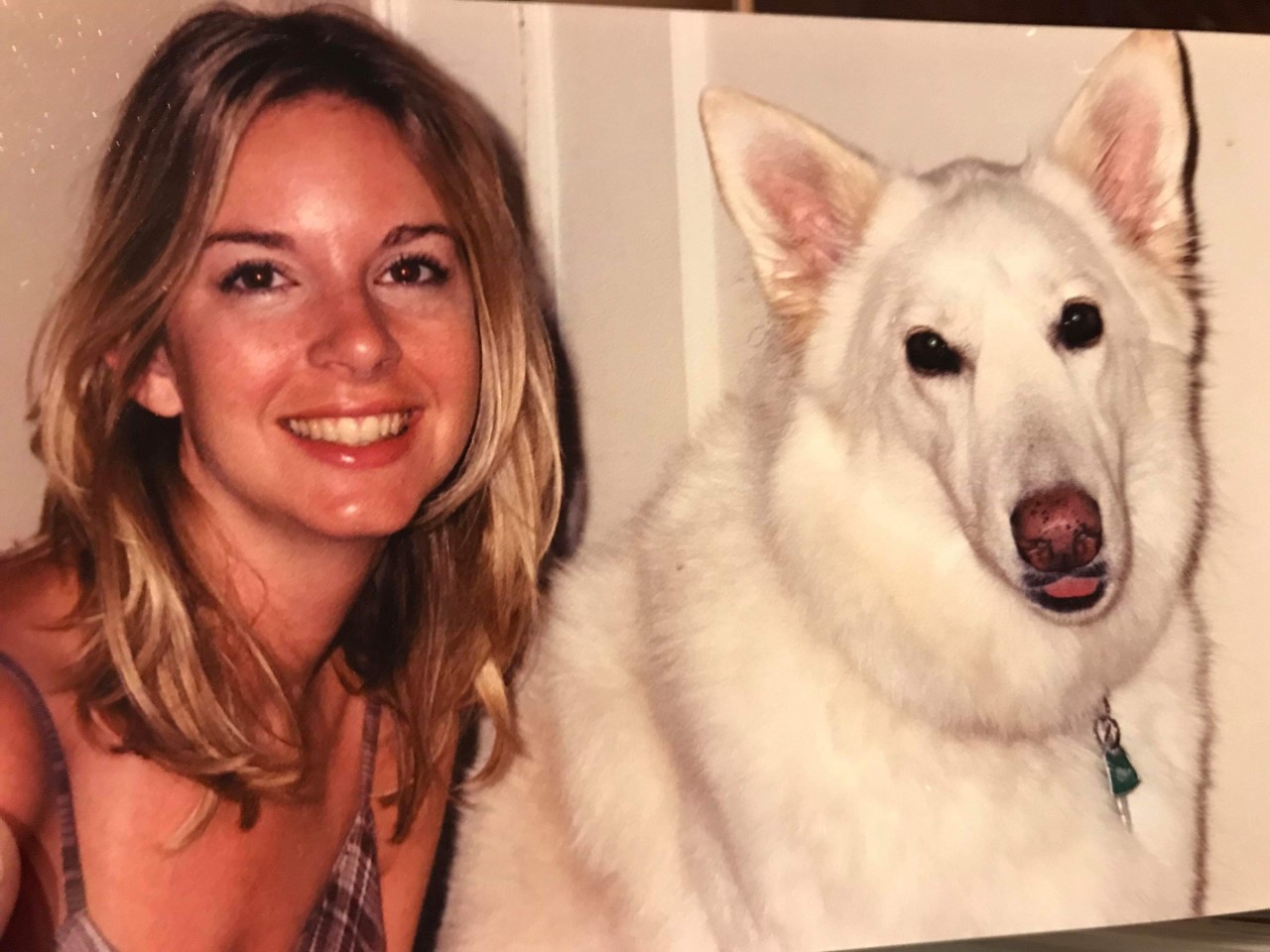 According to Karen, the family would have vacations in the Peninsula and Catherine wanted to move there. Her symptoms progressed further as she passed away in 2019.

Here is a portion of a prayer at Catherine's memorial services that captures some of her spirit:

On this day of remembrance and celebration of the life of your child, Cathy.  Though her life ended far too soon, we take THIS time to engrave in our memory her bravery, her stubbornness, her tenacity, her beauty, her unfaltering determination to live… her joy…even as the ravages of disease slowed her down.

In our sorrow, help us remember that Cathy’s life, though burdened by disease, was one that she met head on- living as fully as she was able, until she was not.  Let this be her lesson and legacy for us all.  To live and love fully, as long as we are able.


Karen has a message for the HD Community:

“Stay Strong. Stay flexible because every day could change. You have to keep laughing or find the humor in the small things. Rely in the support network you can find. Tolerance and patience is important.”

Huntington’s disease (HD) is a fatal genetic disorder that causes the progressive breakdown of nerve cells in the brain. It deteriorates a person’s physical and mental abilities during their prime working years and has no cure. Every child of a parent with HD has a 50/50 chance of inheriting the faulty gene. Today, there are approximately 41,000 symptomatic Americans and more than 200,000 at-risk of inheriting the disease. The symptoms of HD are described as having ALS, Parkinson’s and Alzheimer’s – simultaneously.

The Huntington’s Disease Society of America is the premier nonprofit organization dedicated to improving the lives of everyone affected by HD. From community services and education to advocacy and research, HDSA is the world’s leader in providing help for today and hope for tomorrow for people with HD and their families.

HDSA was founded in 1967 by Marjorie Guthrie, the wife of legendary folk singer Woody Guthrie. Woody died from HD complications when he was only 55 years old, but the Guthrie family legacy lives on at HDSA to this day.

To learn more about Huntington’s disease and the work of the Huntington’s Disease Society of America, visit www.HDSA.org or call 1(800)345-HDSA.